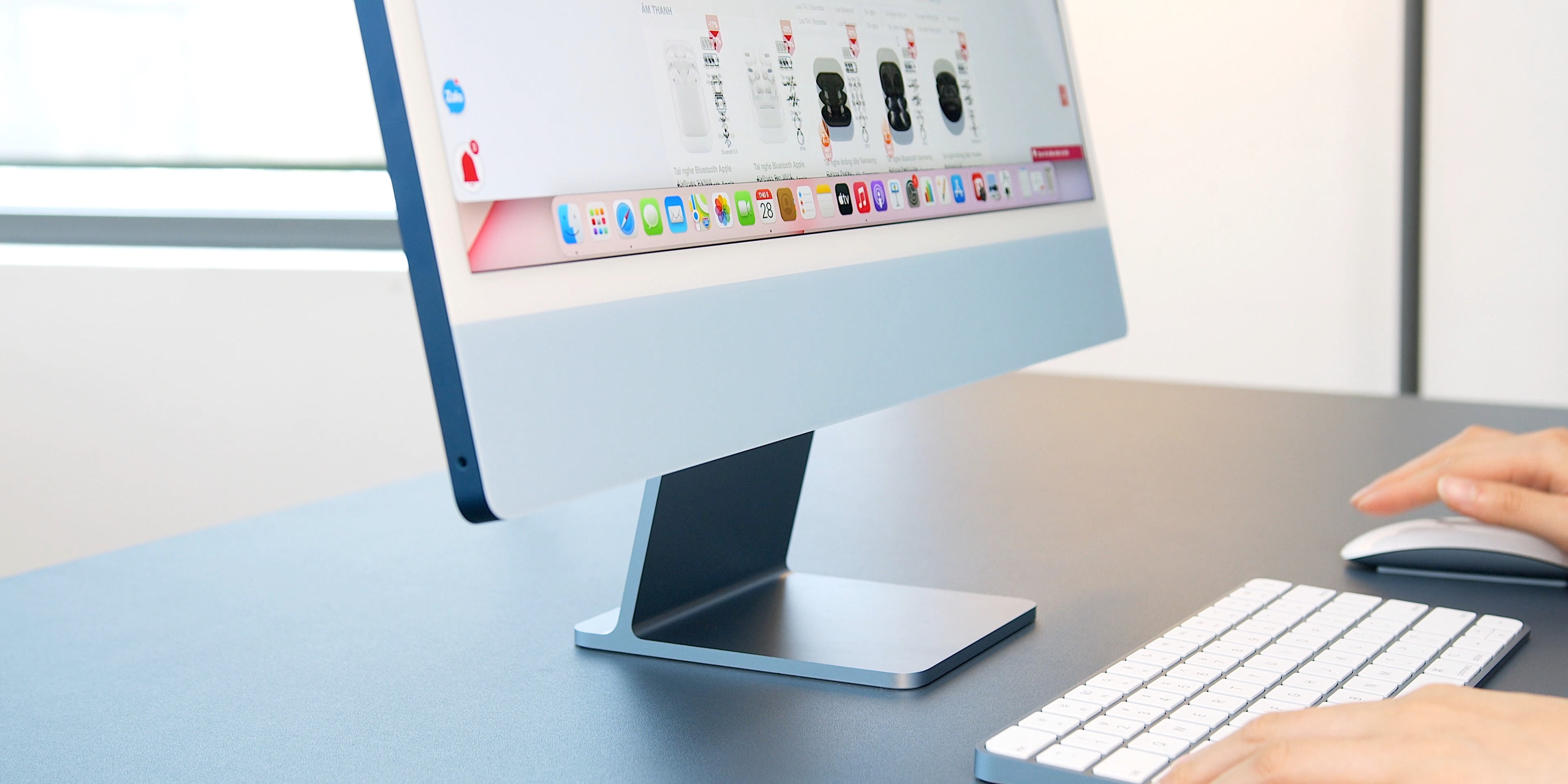 I was texting with an old friend the other day, and he was documenting his progress in getting three monitors set up. Since he has an M1 Mac Mini, like I do, he could only easily support two monitors. He turned to Universal Control with a MacBook Air to get three displays going. He was trying monitor stacking and side by side setups. I told him I just preferred a simple iMac and no external monitors, which is why I only have one monitor that my work MacBook Pro and Mac Mini share.

The conversation started me thinking about how I like to keep things minimal. When I asked if my friend if he needed a command center so he could launch a space shuttle, he replied that at least he’d like to be able to. I have no desire to launch a space shuttle. My ambitions are much more modest. I want to edit photos, take notes, write blog posts and email people. I don’t need three monitors to do that. In fact, I’m bothered by how many windows I have open. I am tempted to try something Marcelo Marfil describes in this blog post.

Multitasking is bullshit. I can’t help but roll my eyes whenever someone comes with a fancy talk around the necessity of having multiple displays or app windows opened at the same time and all the time.

His solution is to use an app called Hides and Apple Shortcuts to get windows out of the way and center the ones he wants to focus on. With less clutter, you can properly direct your attention. I’m hoping that Stage Manager will serve this same function (at least on the Mac — I’ve read that it’s not great on the iPad).

I think this is one reason — though I can be frustrated with the company — that I gravitate towards Apple. They get minimalism. You can see this in their designs. Steve Jobs got this. Jonny Ives gets this. Patrick Rhone gets this (I took the title of this post from his old blog).

There’s something about removing the excess — trimming the fat — that’s intrinsically appealing to me. It’s like carving a beautiful statue out of a marble slab. It’s finding the sublime in the art of subtraction. It’s about taking as little as possible and living within those constraints. This can apply to physical goods or even to data. CJ Chilvers ruminates on this in a post about minimalism.

It’s been my experience that every minimalist dreams of passing down a thumb drive or password, giving their families access to 90%+ of their multi-generational trash and treasure. Then, they want their remains cremated and scattered to the wind, as to leave no trace.

What I appreciate about Chilvers’ examination of minimalism is his focus on what we leave behind. If we live our lives adhering to a minimalist philosophy, we should find that we have burdened our loved ones with very little possessions to manage when we are gone.

Where It Comes From Jack Baty writes about the MoFi scandal from an unusual perspective. Instead of gloating about the customers being ripped off because they couldn’t

Engaging Your Readers A few weeks ago, Baylor professor and author Alan Jacobs wrote a post (I can’t find it now — possibly deleted) about how best to get his regular
This site is built with plain text files and Blot.
Made with in North Carolina.
© Canned Dragons